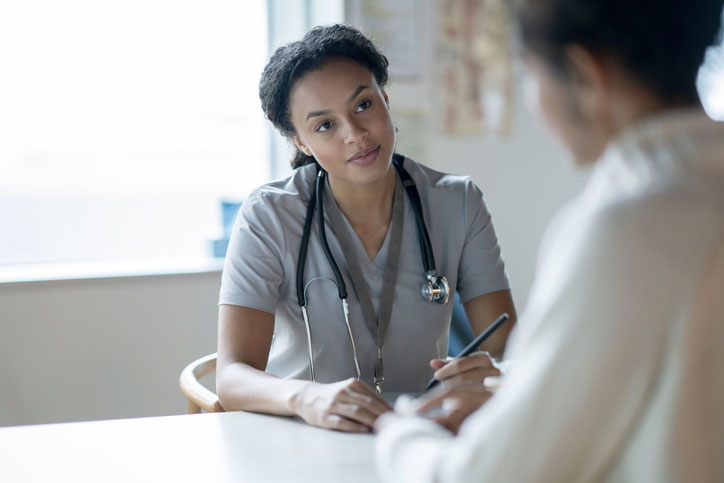 For those pursuing a career in nursing, it can be difficult to decide on the appropriate career path. Registered nurses have an ever-growing number of options that differ in degree level, area of specialization, responsibilities, and salary level. It is important to have long-term career goals in mind when planning your educational path through the world of nursing, as the degree you hold will determine what jobs are ultimately available to you.

Many who are pursuing nursing have likely heard that the role of the nurse is dramatically changing, with nurses given significantly more responsibility than ever before. Indeed, contemporary NPs perform many functions that were formerly entrusted to physicians only. However, those looking to hold leadership positions or engage in high levels of healthcare advocacy can only do so with a DNP degree.

To learn more about both paths and figure out which one is right for you, read on.

What is the Difference between a DNP and an NP?

In short, the difference between a Doctor of Nursing Practice (DNP) and a nurse practitioner (NP) is their level of schooling. An NP has earned a master’s degree and completed additional clinical training beyond what is required for registered nurses (RNs). A DNP, meanwhile, is usually a type of NP who holds a terminal degree, meaning they have made it to the highest level of their field and can hold leadership positions.

Though both DNPs and NPs are crucial to the medical field, holding a DNP degree makes one eligible for greater responsibilities and higher ranking within a medical organization than an NP. Salaries for DNPs are also typically higher than those for NPs, as DNPs frequently are employed in leadership positions.

Beyond their work in healthcare organizations, DNPs have the authority to become powerful advocates for social causes in the medical field. As the American Association of Colleges of Nursing explains, “DNP graduates are prepared to design, influence, and implement health care policies […] that address issues of social justice and equity in health care.”

Good news for DNPs: the profession is growing. There are also increasingly more programs to study to become a DNP; according to a report in Nurse Outlook, the national DNP program count rose from 92 in 2008 to 354 in 2018.

Understanding How to Become a DNP 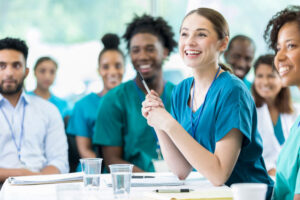 A Doctor of Nursing Practice (DNP) is working at the highest level of the nursing practice, having completed a doctorate program and received a terminal degree comparable to a PhD. (A DNP degree is technically different from a PhD. – more on this later.) A DNP is trained in advanced nursing practice as well as evidence-based approaches to nursing, and therefore is qualified to participate in advanced clinical practice procedures. Those who hold DNP degrees are qualified to take on leadership roles in a healthcare organization, from management to administrative to educational positions.

In order to become a DNP, it’s necessary that you first complete an MSN or BSN program. DNP  degree programs for MSN degree holders typically are two-year programs. Those who have only completed a BSN program must enroll in programs designed specifically for BSN holders in which they complete the master’s portion of the program first before entering the doctorate level. To learn more about the different options that are available for pursuing a DNP degree, read our article “How Long Does it Take to Become a DNP?”

For more information about how to earn your DNP as well as learning more about the best DNP programs in the country, read our article “How to Become a Doctor of Nursing.”

How a DNP Is Different from a PhD

A Doctor of Nursing Practice degree signifies a level of education comparable to a PhD, though it is not to be confused with a PhD in nursing, which is its own educational track. The distinction lies in a nurse’s focus: while PhD holders are focused on research, DNPs are focused on clinical practice. While PhD nurses are expected to teach and conduct fieldwork, DNPs are trained in improving patient outcomes, serving many of the functions of an NP but with a higher level of expertise.

How Do You Become a DNP?

A nurse practitioner (NP) is a nurse who has completed a master’s program – specifically, an MSN – as well as clinical hours beyond what is required for a registered nurse (RN). Through these additional clinical hours an NP can receive further specialty certifications.

Nurse practitioners hold extremely important roles in medical organizations, and have been noted by many as having growing roles and responsibilities in the medical field. Increasingly, NPs are involved in direct patient care, oftentimes taking over some of the tasks previously performed by physicians.

Many in the medical community have voiced support for the growing role of NPs in hospitals and other healthcare facilities. As a recent report in Human Resources for Health states, “the involvement of nurses in advanced practice in emergency and critical care improves the length of stay, time to consultation/treatment, mortality, patient satisfaction, and cost savings.”

According to the American Association of Nurse Practitioners, 88.9% of NPs are certified in an area of primary care, while 70.9% of NPs deliver primary care. Some of the other NP specializations include the following:

Why Would Someone Become a DNP instead of an NP? 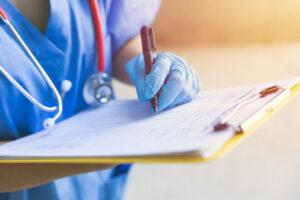 The biggest draws of becoming a DNP are expanded responsibilities and a higher projected salary. Though NPs are entrusted with a great deal of responsibility as well, only those who hold a DNP degree are eligible to take leadership positions on medical teams. There are other positions only available to DNPs, particularly in the world of healthcare policy advocacy. Getting a DNP degree involves studying health policies at a local, national, and international scale, which is its own arena of expertise that a DNP can cultivate and channel into an important and meaningful profession.

What are Median Salaries for DNPs and NPs?

Generally speaking, those with a DNP or MSN degree will find remunerative work, as their expertise is valuable to many. In fact, the US News and World Report recently ranked the overall Nurse Practitioner field (which extends to both MSNs and DNPs) as #1 in health care jobs based on its high median salaries and job opportunities. Indeed, there are many jobs available to holders of both DNP and MSN degrees, some of them in traditional medical settings and others not.

Between the two degrees, those with a Doctor of Nursing Practice degree typically earn higher salaries, as they are eligible for high-ranking roles in medical organizations. PayScale reports an average base salary of $107,000 for DNP holders, with advanced jobs like directors of nursing earning a median salary of $159,000. Since there is such a range of career options available for DNP degree holders, those who are pursuing a DNP should look into their particular specialization for a more exact estimate about projected salaries.

Do NPs ever Get a DNP after They Start Their Careers?

Yes. In fact, many (though not all) DNP programs are designed for those who already hold an MSN degree, and it is not uncommon for those who have received an MSN to work as a nurse practitioner for a period of time before continuing toward their DNP degree. In fact, it can be beneficial to have some time working in the field, as a nurse practitioner with an MSN degree gets exposure to the higher-ranking role of a DNP-holding nurse, such as a director of nursing at a medical facility. This gives one more experience to draw from as they pursue their DNP and might help clarify their specific vision and goals for their career path.

Why Would Someone Become a DNP rather than a Doctor?

There are many advantages to holding both a DNP and an MD, and there are great amounts of job opportunities in both fields. Those considering both options most importantly have to think about what role they would like to have in the medical field and which career path is most suited to their skill sets, as doctors and nurses each play crucially important roles in hospitals. To learn more about the differences between a Doctor of Nursing Practice and an MD, read our article here.