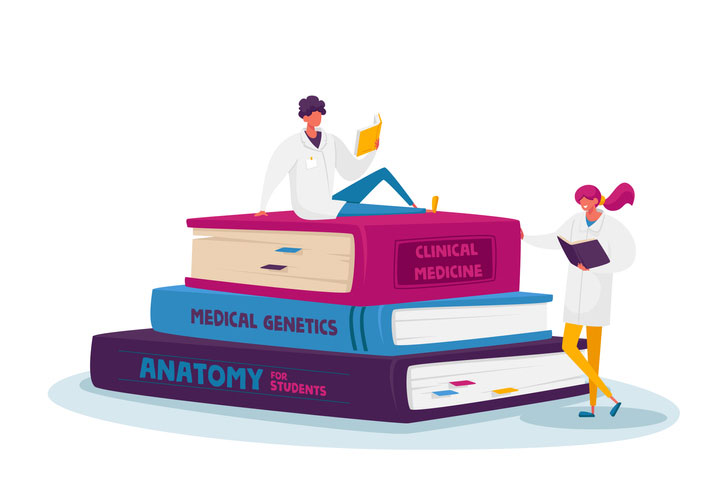 Nurse practitioners, or NPs, are some of the most versatile nurses in healthcare. They can write prescriptions, order and interpret tests, and even operate their own medical practices in some states. This makes them central to providing accessible healthcare to patients across America. But carrying out such advanced duties requires equally advanced training and education.

King University
Featured Program: Offered in a part-time blended format, our DNP is an academically rigorous program that prepares you to integrate Christian faith, scholarship, and service into your career and daily life as a nursing leader.
Request Info

To become a nurse practitioner, nurses need to earn a Master’s degree in nursing. They don’t currently need doctorate-level degrees. However, both degrees can make a nurse eligible to become an NP.

But what are the differences between these two paths? And why would a nurse choose to pursue a doctorate instead of a Master’s?

What Degree Does a Nurse Practitioner Need? The Two Paths to Becoming an NP

An RN needs one of two degrees to become a nurse practitioner: a Master of Nursing Science (MSN) or a Doctor of Nursing Practice (DNP). As the names suggest, an MSN is a master’s-level degree while a DNP is a doctorate.

But no matter which degree a nurse chooses to pursue, the American Association of Nurse Practitioners lists a four-step path to becoming an NP:

While both paths are similar, each one comes with its own admission requirements and learning opportunities.

Path 1: Earning a Master of Science in Nursing

A Master of Science in Nursing is a graduate-level degree that often takes up to two or three years to complete. During their studies, nurses receive advanced training in their fields of focus such as gerontology, pediatrics, or anaesthesiology. They will also learn about pharmacology, pathophysiology, and patient health assessment so they can carry out their duties as nurse practitioners.

To apply to an MSN program, students must be fully-licensed registered nurses. Many programs also require students to have a bachelor of science in nursing. However, there are programs that allow RNs with associate’s degrees to apply, as well. In either case, MSN students generally need to have work experience to get into a program.

A Doctor of Nursing Practice degree is a step beyond the Master’s-level MSN. It’s a terminal doctorate degree meaning it’s one of the highest degrees a nurse can earn. In many cases, DNP programs take three to four years to complete depending on students’ prior education and nursing experience. Generally though, DNPs take longer to earn than the typical MSN.

Because of this advanced curriculum, many DNP programs require students to have a BSN. DNPs often require students to have a BSN instead of an associate’s degree. There are also DNP programs tailored to nurses with MSNs that want to learn about different patient populations or learn more about hospital administration. Because nurses with MSNs already have advanced nursing education, MSN to DNP programs are often accelerated so nurses can finish such programs in as little as two years.

How Does Getting a Doctorate Help Nurse Practitioners?

Earning a doctorate in nursing can be a bigger investment than earning a Master’s. It often takes more time, money, and effort. So if MSN and DNP programs both lead to becoming a nurse practitioner, why would nurses choose to take the arguably more rigorous route of pursuing a doctorate?

Nurses With Doctorates Stand Out 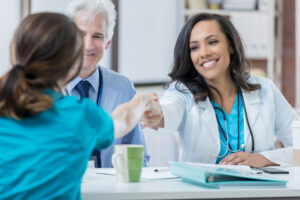 Though America needs more talented nurses in almost every field, high-level nursing positions can still be competitive. Like in other industries, advanced degrees can help nurses stand out from their peers when applying for jobs and promotions.

In a review of nursing workforce statistics, the American Association of Colleges of Nursing found that there were almost 4 million registered nurses in the nation in 2018. 64% of them have a bachelor’s degree or higher. Of that college-educated population, about 17% have master’s degrees. Only about 1% have Doctor of Nursing Practice degrees.

Earning a DNP can give nurse practitioners an edge over many of their peers when seeking new career opportunities.

A Doctorate Can Increase a Nurse’s Earning Potential

Many students who pursue advanced degrees don’t just want to learn more — they want to earn more. Fortunately for nurses pursuing doctorates, their earning potential may be higher than if they pursued an MSN.

According to Payscale.com, nurses with MSNs earn on average $98,000 annually. However, their data also says that nurses with DNPS on average earn $107,000 annually. These numbers will of course fluctuate by region, job title, and experience level, but a potential 9% increase in yearly pay could make investing in a DNP program worth it.

Nurse practitioners with master’s degrees and nurse practitioners with doctorates have very similar career opportunities. They can both enter any number of nursing specialties at high levels. But nurses with Doctor of Nursing Practice degrees may be more prepared to enter a more diverse set of work environments.

Because DNP programs place so much emphasis on using and understanding medical research, nurses with DNPs may be able to pivot into a university teaching job. Or, they could use their knowledge of hospital administration to become high-ranking executives. And because a DNP education involves learning about staff management, they may also be better equipped to run their own practices in states that allow it.

In the Future, All NPs May Need To Have Doctorates

While today’s nurse practitioners need, at minimum, a Master’s degree, that may change in the very near future.

In 2018, the National Organization of Nurse Practitioner Faculties announced that they were moving to make Doctor of Nursing Practice degrees a requirement for all NPs by 2025. But this isn’t the first time a national nursing organization has pushed for the change.

The American Association of Colleges of Nursing (AACN) made a similar recommendation in 2004. However, they didn’t meet their self-imposed 2015 deadline. If it didn’t happen then, why would it be more likely to happen now?

Three years after the initial 2004 declaration, there were only about 50 DNP programs in the US according to the AACN. By 2021, that number grew to about 425. The majority of DNP programs have also now been fully accredited by the Commission on Collegiate Nursing Education. So not only are DNP programs more accessible in almost every state, they’re also recognized and lauded by some of the country’s biggest nursing licensing organizations.

But making the DNP the standard education for all nurse practitioners will require immense cooperation. Nursing schools may have to create new programs and curriculums. Each individual state may have to update their licensing regulations. And on a national level, healthcare organizations of all kinds will have to be on board.

Considering how many DNP programs have been created in the past decade, though, the new standard could become a reality. Nurses that pursue DNPs now may be well-equipped to handle the changes that may come with raising the bar for nurse practitioner education.

If you plan on entering a highly technical field of nursing, operating your own nursing practice, or want to become an informed advocate for improving direct patient care, getting a Doctor of Nursing Practice degree could be a valuable pursuit. And because all nurse practitioners may need a DNP in the coming years, there’s never been a better time to pursue a doctorate in nursing.

But like any doctorate, a DNP is an investment. To make an informed decision about advancing your nursing career, read more about what a DNP degree actually is, the principles and techniques they teach, and the career opportunities they can open.